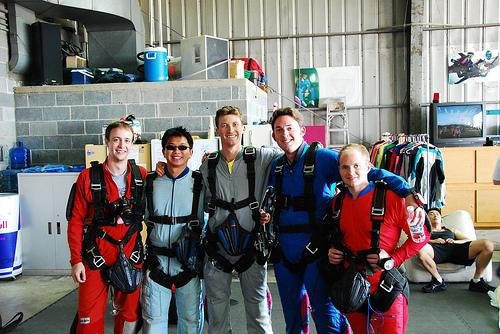 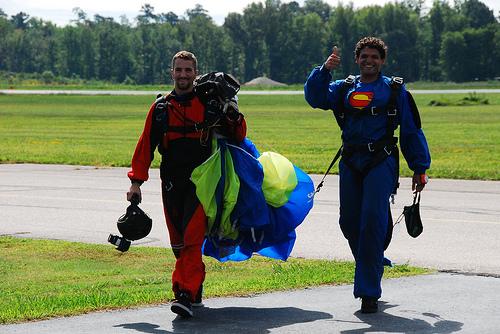 On September 4, 30 PTOS members took flight in a small cargo plane over the skies of West Point, VA, but they chose to land by launching themselves out of the back of the plane at 14,000 ft. For many, it was their first experience skydiving. The jumps were in tandem, so an experienced instructor was attached to each member's back. Nonetheless, the experience was breath-taking and exhilarating for the 45+ seconds of free fall. At 5000 feet, parachutes deployed and the members made a safe, steady descent back to earth with their hearts still pounding from the adrenaline rush.

"I thought I might have to cash in my insurance policy," said examiner Bret Adams (TC 2800) referring to the $1700 camera he had harnessed to his chest for filming the entirety of his descent from the plane. A number of other members had their jumps professionally filmed. Matt Fry (TC 2600), who is both an examiner and a certified skydiver that does part-time videography for West Point skydiving, provided his services to a handful of the first-time jumpers. One of those jumpers, Jorge Casanova (TC 2100) exclaimed, "THAT WAS AWESOME!!" while flexing and high-fiving everyone after his landing. Most everyone shared his sentiments. All the participants had a thrilling experience and the PTOS is looking forward to more skydiving adventures in the future. 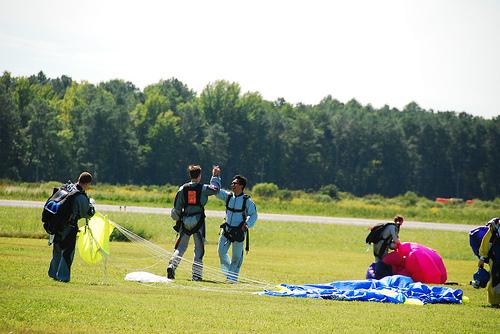 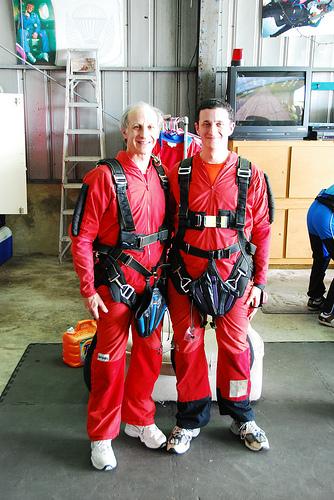